Join Over 12,000 SEO's and Learn How to Increase Your Traffic.

You are here:
SEO Basics

Welcome to the long overdue second segment of my podcast series Talking with Industry Experts.

In this podcast I speak with Captain Todd Malicoat, Author of the Stuntdubl SEO Blog, Faculty SEO Chair at MarketMotive, and Fishing Charter Captain at Miami Fishing Charters.

Listen to Todd and I discuss his thoughts on Panda’s integration into Google’s normal algorithm, negative SEO, link building, and find out the one tip that Todd has for all SEO’s.

Nick: Hey, guys! I’m here with Todd Malicoat one of the first SEO’s that I ever started reading back in God, it had to be 2004-2005. He has been nice enough to give us a little bit of his time today and answer a couple of my questions that I sourced from a bunch of my readers.

This is the second edition of my SEO podcast, talking with experts and I hope you guys like it. So without further ado, we’ll get started.

How are you doing, Todd?

Nick: Good to hear it, man.

The first question I’ve got coming at you has to do with Panda being integrated into Google’s normal algorithm. A couple of people, including myself are just really curious as to what the effects professionals and experts, people like yourself think that it’s going to have on just the overall search engine landscape?

Todd: Yeah, I think we’ve seen this with a lot of different types of algorithm updates in the past, really. Google’s just always given different names and have targeted different problems associated with relevance.

One of the big problems they were having with relevance was there was such a heavy emphasis and heavy importance placed on off-site equity and link equity that they needed something to balance that, and that kinda is what Panda was in my mind, is they had to take care of this big relevance issue.

And they did, through a series of iterations that’s now becoming part of the overall algorithm. Those iterations are so subtle that you don’t really notice them anymore. I think that’s happened in the past with lots of different changes.

This one, however, was obviously a huge one. That they did it so many times and that it was noticeable, so many times is a big thing. And really what came out of that as what I noticed most was having that audition period for almost any landing page and that overall score for any type of website.

So we saw between Panda and Penguin, two different issues that we’re solving that emphasis on too much offsite. But with Panda, it was just ranking garbage content on a quality domain, and so that’s always been an issue.

That’s starting to get solved and I think we’ve seen that the solution is working. If a site has 80% bounce rate, it’s no longer ranking for its term, number one, for a very long or more than a short time.

So with Panda overall, we see that you can’t rank a crappy landing page anymore. That’s what it solved. That’s what it’ll continue to solve. You have to be watching bounce rates and kind of those exit rates in your analytics, in order to solve that and be prepared for that. If you’re not doing that, you have to know that you’re not going to rank well.

Nick: I think that’s a fantastic point. Coming back to the piece you opened up with, more about the focus on off-page link equity. That leads me really well actually right into our next question, which is,

Have you ever seen or experienced negative SEO firsthand?

Todd: I’ve seen some examples, more so I think of hacking. Negative SEO is kind of an all-encompassing term, for anything negative that happens to your site that you really don’t have control over it.

Todd: The most malicious of this was once called Google bowling, pointing a bunch of blog spam links at a site to tank it. I have seen it happen in competitive verticals.

I’ve seen some examples. I’ve never really played in verticals competitive enough where it was an issue. Personally to me, I have had sites hacked where there was malware installed, and that impacted the rankings which is similar in ways, but not quite what I deemed the Google bowling, I suppose.

So it does exist to a certain point. You know I think Google finally admitted there’s an issue with that, by releasing the disavow tool.

But overall, unless you’re really in that competitive vertical, it’s not a huge issue, and if you are in those verticals, you’re kind of a little bit more prepared for it, and understand that SEO in those spaces is a little bit different.

Nick: I think those are all really good points. I think the most interesting thing in my experience is probably on the flip side of negative SEO, which is people who aren’t trying to do it to have a negative impact on their competitors’ sites from people who are using lots of just crappy spam and drip links, Xrumer, and all that good stuff to get their stuff to rank.

And probably, I think what’s amazing to me is the amount of proliferation I’ve seen, with those types of very spam-heavy link-building packets in, like the payday loan SERPs specifically, which I think and correct me if I’m wrong, it’s probably one of the more volatile SERPs within search.

Todd: Yeah, those payday loan guys have been aggressive with it for quite some time and it’s an interesting space to watch. I think even things like Viagra are a little less competitive now, because they’re a little bit more regulated. Payday loans really have been sort of the Wild West kind of industries.

It’s interesting to watch those search results sometimes. You have to probably have a high-level of security on your computer, and not allow any malware or Adware of any sort to be installed.

But they’re interesting to watch, because there’s a little bit different space and it fluctuates a lot, by watching those results change you can kind of get a feel for what’s going on sometimes, some of the things that Google’s trying to prevent in competitive industries or other industries by watching those most important ones.

Nick: That’s a very cool idea. This is actually a perfect segue into my third question which is:

In your opinion, what would you consider to be one fail- safe link-building strategy that still works in 2013?

Todd: I think the one that people can agree on is guest posting to a certain extent. Guest posting absolutely works. It’s kind of the foundation for content marketing in a lot of ways, which is kind of, I don’t know if it’s making a resurgence or what.

In my mind it will always be link development and content building, and they’re kind of married together.

But you have to have something to be offering. You can’t just go out and kind of rob people for links anymore, hold your email gun up and say, “Give me a link,” or can I have a link. It just doesn’t work. Even in the past, people were sending thousands of emails and getting 1.0% response rate.

Even at that level, those have gone down. That was really never my approach, but I think people did that in the past and webmasters fell for it, and now those same webmasters are upset about it, and they’re never going to fall for it again.

Nick: Yep, I absolutely agree. Beyond links what are some of the strategies that you’re using to help your websites, and your clients gain just more visibility overall in the SERPs?

Todd: I was needed there for a second. Can you ask that one again?

Beyond links what are some of the strategies that you’re using to help gain more visibility for your websites within the SERPs?

Todd: I think it’s a combination of social as an outreach platform, and content as the asset, so it really has to be all kinds of cylinders on the engines firing at once.

Being you have a good content creation process, you have a good outreach process, and then you’re following up with social media, and you’re doing it consistently. So that’s overall the best strategy. I think we’re seeing more of that importance going towards authorship and towards personal authority, so I think that’s important.

For my sites personally, I’m just actually getting ready to launch a big project. I’m doing a FishingCharters.com. For that one, it’ll be me writing articles about fishing.

I kind of went back to basics, with what would work for SEO and it’s not kind of the mass outreach anymore. It’s just not going to be effective, so the stuff that works for rankings is being genuine, is creating something, is doing something that people want to read and participate in.

SEO’s have a problem with some of the decisions Google makes sometimes, but I think relevance as a whole by the general user is always well-received.

Nick: I think you’re absolutely right there, so sort of a fun question to close out the podcast with.

If there were some magical loudspeaker that was tuned to every SEO on planet Earth, and you could tell every SEO just one thing, what would it be?

Todd: Probably stay humble. What works today isn’t going to work tomorrow. The idea of optimization as a whole is kind of staying on the forefront of what works. And it’s disappointing for me to see five years later people selling directory submission packages.

After there are only four or five directories that work; or selling reciprocal link packages, or selling page ranks, three links, thousands of them for two dollars; all that sort of thing.

Most of it never worked for long and to see people still sell it is disappointing to me as a whole. I think some of those things get passed down as information, and then it becomes old information and then year’s later it’s rancid, stagnant information. And even the people that are on the forefront, even the people that are really actively creating sites, and doing things innovating, even those folks get caught up in a rut sometimes, I think.

So to truly be optimal, you’ve got to always be learning, always be reading, and certainly stay humble, because you never know when the next Zune animal is going come along.

Nick: I think that’s a fantastic piece of advice. Okay, man thank you so much for taking some time to answer some of my questions, and really, really happy and excited to have you on here.

Todd: My pleasure. Thanks, man.

Read more SEO advice  and fresh insights from Philly’s top experts in the industry in one of the most extensive interview.

Nick is the Co-Founder of an ecommerce consultancy company and the author of this SEO Blog.

Hire the Right SEO Company for Your Business
September 29, 2016

Critical aspects to consider while doing an eCommerce audit!
May 31, 2016

Increase Organic Traffic With An Eye On Conversions
February 1, 2016

Learn how Over Optimization Can Kill Your Website
January 5, 2016 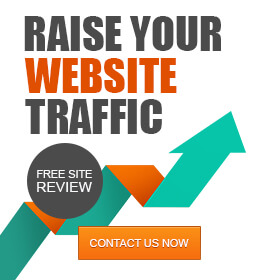